Laravel in Docker on the Cloud – Part 2 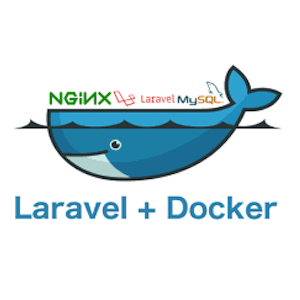 Now the problem we face now is that we need to stop and re-run the docker image whenever there’s any changes in the Laravel code.

To solve this, we can mount the project root into the Docker container’s volume,
so it will get the latest code whenever we save the code. To do this, run docker with any of these commands:

But before that, we will need to build and push our docker image to a repository.
There’s a bunch of repository service provided by cloud hosters like Google, AWS.
We will be using the https://hub.docker.com/ in this article, you should have an Docker account already, since you need an account to download and install Docker.

1. in your development machine, run this command in terminal:
docker login

2. Build the docker image with your username as prefix, and then push it to Docker Hub:
cd /path/to/your/laravel/project
docker build . -t howmun/laravel01
docker push [username]/laravel01

3. Create a cloud server with Linux OS (we use Ubuntu 18.04), and install Docker CE on it,
extensive guide is available in the official Docker site:
https://docs.docker.com/install/linux/docker-ce/ubuntu/

4. Pull and run the Docker Image from Docker Hub:

6. Now let say you have added some new features in Development, and want to push them to staging server:
# In Development server build and push again
docker build . -t howmun/laravel01
docker push [username]/laravel01

There’s still a lot more topics to cover, take DB for instance,
DB will be hosted externally, and we will need to configure the connection details differently for Development vs. Staging vs. Production.